Happy 2018 everyone. One of the best parts about being a loyal PGA Tour fan and follower is that the off-season is nearly nonexistent.  Five weeks after Tiger’s relatively impressive return to competitive golf, we have the best in the game squaring up once again (sorry, no Tiger this time around). The Tournament of Champions happens each year and features a limited field consisting of last year’s winners and last year’s winner only. A few days before the tournament starts, we have four golfers a top the charts sitting at 50-1 to win according to Vegas odds. None of these names are very surprising: Justin Thomas, Jordan Spieth, Rickie Fowler, and Dustin Johnson. As to be expected, the remainder of the field is also stacked, featuring names including John Rahm, Brooks Koepka, Marc Leishman, and Pat Perez. The field totals 34 golfers, all of which we’ll be seeing play four rounds this week as there is no cut. For DFS purposes, it’s going to take a winner paired with a few top-10’s to take home the big money.

The Course: Kapalua Golf – Plantation Course: This course is a resort course which the many of the pros are very familiar with and have time and time again torn apart. You can expect the winning score to be north of -20. It’s a long course, coming in at nearly 7,500 yards, and it’s the only par 73 on tour – there are three par 3’s, four par-5’s, and eleven par-4’s. It features wide fairways, massive elevation changes, and large wavering greens. After doing a fair amount of research, it’s become clear that long-ball hitters are at an advantage, but simply bombing it isn’t going to be enough. The fast fairways and high likelihood of windy conditions favor the guys who can not only go long distances off the tee, but the ones who can pin point their short to mid range approach shots to set up for birdies. Putting is also huge- when first place can be expected to score somewhere between -20 and -30, you’re going to have a sink a birdie putt here and there.

Stats: For reasons mentioned above, here are the stat lines I focused on: SG tee to green, SG off the tee, driving distance, SG approach, SG putting, birdies gained, and bogies avoided. As always, I did a bit of a dive into course/tournament history, though 14 of the 34 players in the field are making their tournament debut. It’s become clear to many that being familiar with the course is very helpful, and that confident players willing to take risks will succeed. Fun fact: the past seven winners are American. Another fun fact: the 9 winners previous to that were not Americans (Hmm…). I narrowed all of these stats down and will highlight some notable numbers for individuals I find interesting this week, based on each player’s previous 36 rounds (thanks to fantasynational.com). I will break down my favorites in three categories: studs ($10,000+ on DK), mid-range ($8,000-$9,900 on DK), and value (<$8,000 on DK). Remember – in a limited field like this with no cuts, just about anything can happen, so don’t be afraid to go with your gut and definitely do not be afraid to leave some of that salary on the table – it will create differentiation from a majority of entries and undoubtedly increase potential upside. 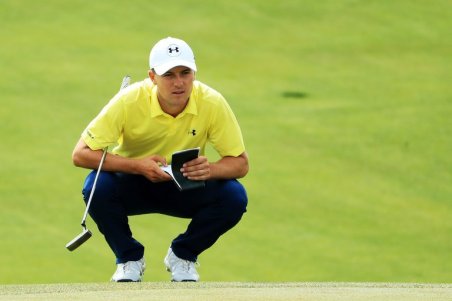 Jordan is all over the top of the 36-round stat lines: 1st SG tee to green, 9th SG off the tee, 1st SG approach, 10th SG putting (but we all know he’s one of the best putters), 1st birdies gained, 2nd bogeys avoided. He won here two years ago and finished T3 last year. Seems like a safe option to me.

Dustin Johnson: DJ is basically the definition of a guy that should succeed here. Long ball, great approach/wedge game, and ability to convert birdies. He’s coming off of an all-time season and has finished top-10 here the past two years. For 36-round stat lines, DJ is 2nd SG tee to green, 1st SG off the tee, 4th driving distance, 6th SG approach, 7th birdies gained, and 3rd bogies avoided. Another very strong play.

Justin Thomas: JT is coming off of a historic season and really hasn’t showed many signs that any sort of slow-down is in sight. In his two starts here he’s finished 21st and 1st – yes, he won here last year (for those who don’t recall his scorching hot start to 2017). For 36-round stats, JT is 6th SG tee to green, 15th SG off the tee, 2nd driving distance, 4th SG approach, 14th SG putting, 3rd birdies gained, and 4th bogeys avoided.

Other studs I like here: Rickie Fowler – he’s the only other one and I always like him. He can always win. He took down the Hero World Challenge and is undoubtedly a real threat here. 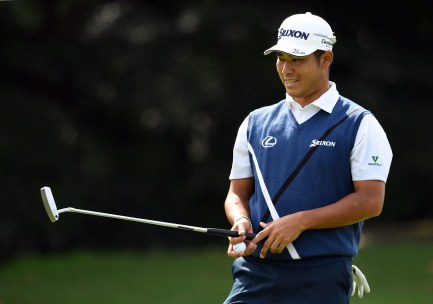 I was very bullish on Hideki for a large part of last season, but he crashed down to reality towards the end of the season – just in time for playoff season. Now that may be somewhat dramatic as he did have one or two decent finishes toward the end of the season, but he didn’t look like the same guy. He did well in the Hero World Challenge and this course suits his game nicely. He finished T3 here in 2015 and 2nd last year. 36-round stats put him 3rd SG tee to green, 11th SG off the tee, 12th driving distance, 2nd SG approach, 11th birdies gained, 10th bogeys avoided. He has some real upside this week.

Brooks Koepka: I went heavy on Koepka in the Hero World Challenge and I regretted it, as did anyone else who played him. I do however believe he has what it takes to be successful here. He also did start showing a bit more of his upside after a not-so-great Friday and Saturday at the Hero. Brooks is a long-ball hitter with a known ability to drain putts in addition to a strong iron game. He finished T3 here two years ago. 36-round stats put him in 13th SG tee to green, 4th SG off the tee, 1st driving distance, 9th SG putting, 2nd birdies gained, and 14th bogeys avoided. He is priced well for his abilities and experience here.

Patrick Cantlay: Cantlay is a guy who seems to go under-looked and low owned. This has been great at times, and hurt at times. He has a resurgence last year and really came into form late in the season. I think it’s very possible he keeps it going here. For 36-round stats, Cantlay is 5th SG tee to green, 3rd SG off the tee, 9th driving distance, 7th SG approach, 20th birdies gained, and 8th bogeys avoided.

Brendan Steele: Steele had some good finishes last year and showed us he can hang. At $7,400 he is very very affordable and has also proved he can play the course, finishing T6 last year. For 36-round stats, he sits in 17th SG tee to green, 8th SG off the tee, 7th driving distance, 16th SG approach, and 12th birdies gained. A great value play here with serious upside. 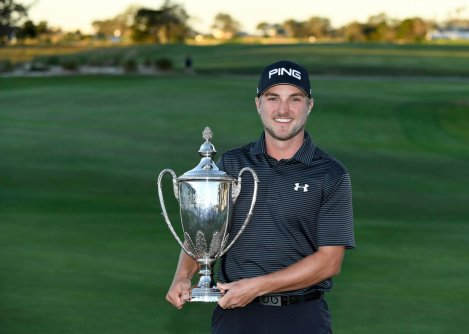 Cook has been a highly discussed player coming off a rookie season where he showcased his talents and grabbed his first victory. The fact he hasn’t played in the event surely does count against him in my book, but I won’t count him out. For 36-round stats, Cook is 10th SG tee to green, 12th SG off the tee, 2nd SG putting, 9th birdies gained, and 9th bogeys avoided. Best part is he’ll only run you $7,100.

Grayson Murray: Here’s a super value option for you that I think is a bit of a misprice for the talent this guy has. For 36-round stats, he’s 20th in both SG tee to green and SG off the tee, 5th in driving distance, 18th SG approach, and 4th in birdies gained. His ability to smash the ball and convert birdies makes for some serious upside at this course. If he keeps those drives in play (which shouldn’t be all that difficult to do) and can put his approach shots to sinkable range, he has serious potential. It’s a somewhat risky play, but on a week with no cut, it could be the differentiation you’re looking for.

That is all for now. Thanks to everyone who reads this and is part of the Lineup Logic crew. Make some money this week and get ready for a fun PGA Tour season. Follow me on Twitter at @donaldremington and feel free to reach out with any questions or comments. Good luck this week!