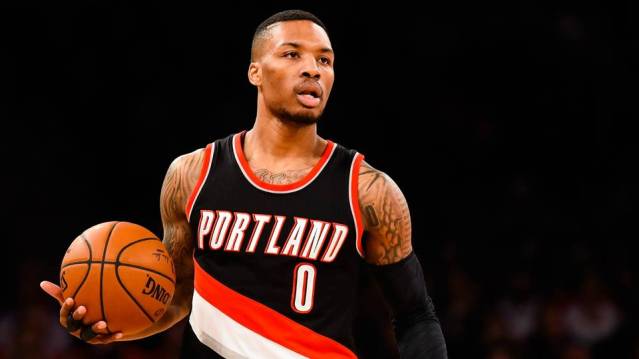 Lillard’s price and recent production makes him one of the top plays on the board tonight. (photo via NBA.com)

Tonight’s NBA main slate features six games on FanDuel and seven games on DraftKings. In this preview for tonight’s NBA DFS slate, we will cover notable stories and statistics regarding players, teams, rotations, etc. and see how it effects the strategy that goes into building a NBA DFS team.

From injury news, advanced statistics, and random lists, this is a preview that is a bit all over the place, so hopefully you can pull out some of this information and use it when you’re building your lineups tonight. 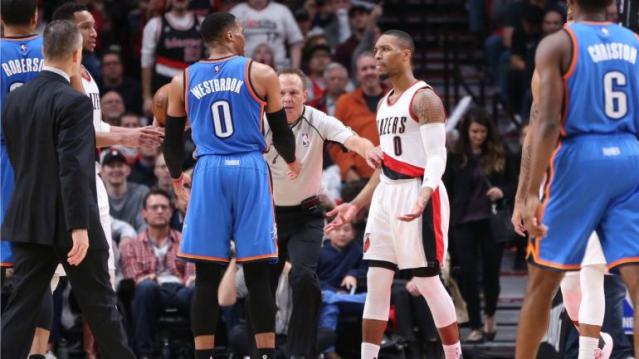 In Damian Lillard’s only game against the Thunder this season (he was injured for their matchup in January), he hung up 62.5 FD points and had a 32.1% usage rate (+2.0% compared to his season average).

This is also the first time we’ll see Russell Westbrook go toe-to-toe with Lillard since his comments about “guys complaining about getting snubbed” – seemingly a direct shot at Lillard. Lillard has since said that the two of them laughed about the issue, but it’s hard to imagine he won’t be playing with a bit of a chip on his shoulder in this game.

It also doesn’t hurt that Lillard has been playing excellent basketball since the All-Star Break. In four games, he has averaged 47.4 FD points per game and went for 51+ twice. At a price tag of $9,700 on FanDuel and $9,400 on DraftKings, he’ll be a chalky pivot off the top-tier price tags of Lebron James, James Harden, and Westbrook.

Who is Playing for Memphis Tonight? (Luckily, a DraftKings Problem Only)

This is becoming a difficult question to answer on a nightly basis – but as we saw last night, figuring out this situation could be key for taking down tournaments. The winner of the $6 Jab Step on DraftKings last night took it down with Jarell Martin, Mario Chalmers, and Ivan Rabb in their lineup. Had to see that coming.

Here is the news we have so far about the Grizzlies tonight:

Yikes. Let’s just run Court IQ and take every single one of these guys off the floor:

Based on the minutes, this basically just represents last night’s game. With the Grizzlies getting a matchup against the Magic tonight, two things are going to happen.

Dwayne Wade is Back (Sort Of) 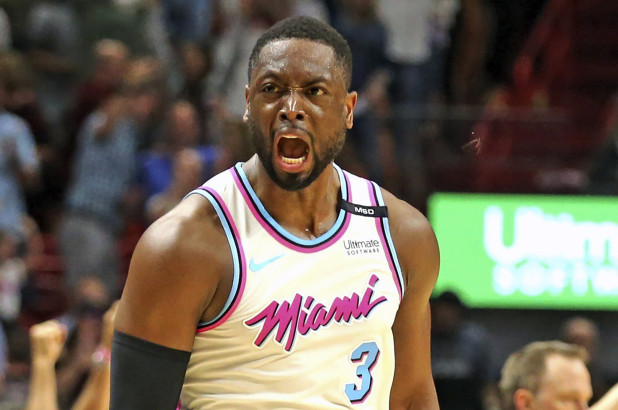 Wade has been playing some great basketball over the past two games, averaging 35.9 FD points across 25.3 minutes per game. With Wayne Ellington and Tyler Johnson both doubtful for tonight’s game, Wade should push for 25+ minutes again. If we take both players off the floor for the Heat, Wade has an insane 39.2% usage rate and averages 1.44 FD points per minute across 50.5 minutes.

Wade County, people. The usage spike represents a 7.3% bump, while the FD point increase is +0.34 per minute. While the matchup against the Pistons is average at best (12th in defensive efficiency rating) this season, Wade’s projected usage makes him too strong of a play to pass up at his current price tag of $4,800 on FanDuel. While he’s $5,500 on DraftKings, Wade still deserves consideration for tonight’s slate.

Is Paul Millsap Too Cheap Tonight?

The Nuggets are playing on the second half of a back-to-back set tonight, but as of Saturday morning there hasn’t been any news regarding any sort of limit on Millsap’s minutes. He is coming off a game where he played 27+ minutes and put up 15 points, 7 boards, 1 assist, 4 steals, and a block. Good for 37.9 FD points and 34.75 DK points. It was a vintage Millsap game, one that we’ve seen countless times before. So, now the question – is he too cheap?

Based on his first two games back in the lineup and his production – yes. 100%. He has played 24 minutes and 27 minutes since his return. So, if you told me he would play 30 minutes tonight against the Cavaliers (28th in defensive efficiency rating and 25th in fantasy points allowed to PFs) , Millsap is a guy I would consider paying $7,000-$7,500 tonight.

But – the Cavaliers defensive stats are misleading! If we look at their defensive efficiency rating from the trade deadline to now, they are actually ranked 10th in the NBA. So now, if you asked me the same question, it’s not so easy. The production through two games has been great, but if Millsap is trending to be one of the highest owned players on the board, I think I have to fade. Even if he’s too cheap right now.

Now let’s get in to some rankings for tonight’s slate. I’ll be ranking players at the top of the board, the mid-range, and value plays. I will also give one lock and one fade.

Lock of the Night:

Fade of the Night: